Hey, kids, warm up to summer reading with these 10 titles 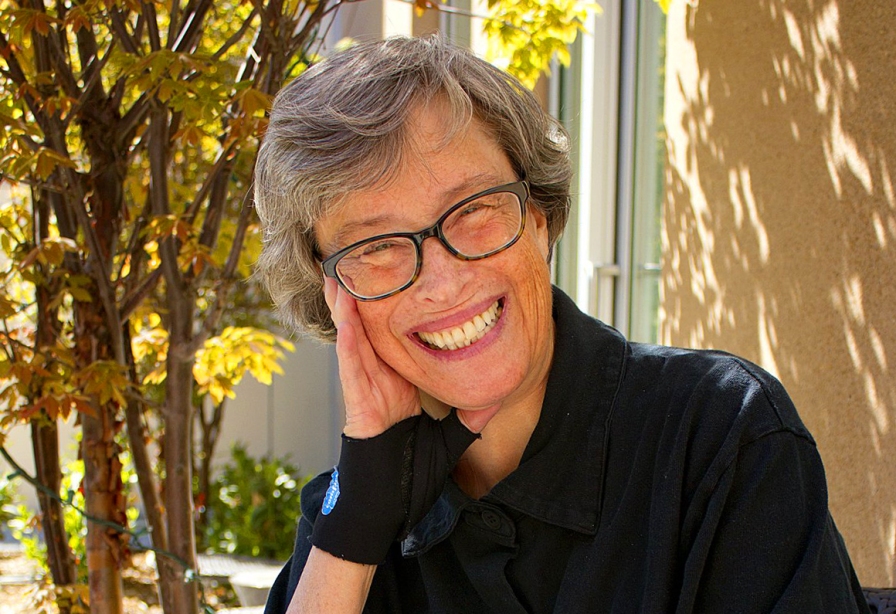 DATE: May 3, 2015
Cracking open a new book in a favorite series is like saying hello to an old friend.

So fans of the Penderwick family will be happy to know that the latest installment by best-selling author Jeanne Birdsall is out in time for summer reading.

With a nod to Children’s Book Week beginning Monday, we spoke with National Book Award winner Birdsall during her recent stop in Kansas City to promote her latest, “The Penderwicks in Spring.” The middle-grade novel is among the 10 new books we’re recommending for children to read when the school year ends. Find that list below our interview.

“It’s so beautiful here,” Birdsall said as she sat on the Country Club Plaza, marveling at the lilacs and dogwood blossoms. “Spring hasn’t even arrived in Massachusetts yet.” She lives in Northampton, a haven for children’s authors and illustrators, such as picture book writer Mo Willems (“Don’t Let the Pigeon Drive the Bus!”), Leslea Newman (“Heather Has Two Mommies”) and Lisa Yee (“The Kidney Hypothetical or How to Ruin Your Life in Seven Days”).

“My book truly is about spring. It starts with one of the characters stomping away the last snow.” That character, Batty, is one of the four original sisters in the Penderwick family, who have been joined in this fourth novel by a stepbrother, Ben, and 2-year-old red-headed princess Lydia.

Batty was only 4 years old in the first novel, “The Penderwicks: A Summer Tale of Four Sisters, Two Rabbits, and a Very Interesting Boy,” published in 2009. The series has gone on to sell more than 1 million copies. Now Batty is turning 11, and the story mainly focuses on her, although her teenage sisters Skye, Jane and Rosalind, also appear. Birdsall is hesitant to pick a favorite, but she will admit she’s most like Batty.

“I’m a private person,” she said, “but my shyness and stubbornness are very much like Batty.”

Birdsall didn’t begin her writing career until she was 41, despite wanting to be a writer from the age of 10. The Penderwicks have been described as a modern-day version of “Little Women,” which Birdsall considers a compliment. “Every decision I make as a writer goes back to the kind of reader I was. I think all of my days of reading were just preparing me to be a writer.”

Even though the carefree days of spring are the setting for the novel, there are elements of darkness and depression. Batty discovers a secret that crushes her very soul, plus she believes that she is somehow responsible for the death of her beloved dog, Hound. Birdsall takes care to explain the character dynamics so that readers who have not read the first three books won’t feel lost. Her writing style is easy enough for the middle grade audience, but the deeper story will appeal to older readers and adults, too.

The novel should be in high demand for summer reading lists.

“Mustache Baby Meets his Match” by Bridget Heos with illustrations by Joy Ang (ages 3-5; Clarion Books; $16.99). Local author Heos brings back Mustache Baby for a playdate with bearded Javier. The playdate turns into a showdown as the competitive babies wrangle to see who’s the hero and who’s the sidekick. Fun illustrations and exaggerated facial hair will delight young readers.

“Unusual Chickens for the Exceptional Poultry Farmer,” by Kelly Jones with illustrations by Katie Kath (ages 8-12; Alfred A. Knopf, $16.99). The chickens are more than unusual, they have superpowers! Written in the form of letters to a dead uncle and grandmother, this book features a feisty 12-year-old named Sophie Brown, who is forced to move to her great-uncle’s farm when her father loses his job. And then she meets a bantam white leghorn with a perpetual scowl. Hopefully, debut author Jones will write some sequels.

“Monkey and Elephant and a Secret Birthday Surprise” by Carole Lexa Schaefer with illustrations by Galia Bernstein (ages 5-8; Candlewick Press; $14.99). The third book in this early reader series finds Elephant struggling to keep Monkey’s birthday a secret, because Monkey does not like birthdays. With this fun twist on the surprise party, kids will relate to trying to keep a big secret.

“Izzy Barr, Running Star” by Claudia Mills with illustrations by Rob Shepperson (ages 5-8; Farrar Straus Giroux; $15.99). This early reader is the third in the Franklin School Friends series and features Izzy and her buddies Kelsey Green, reading queen, and Annika Riz, math whiz. Izzy is getting ready for the third-grade field day and the citywide 10K, but she has some major obstacles. Izzy deals with a stepbrother who appears to be her father’s favorite, and the coach’s daughter, Skipper, who desperately wants to beat her.

“Humphrey’s Creepy-Crawly Camping Adventure” by Betty G. Birney with illustrations by Priscilla Burris (ages 5-8; G. P. Putnam’s Sons; $14.99). The original Humphrey series about the classroom hamster targets readers 8 and up, and this Tiny Tales version for younger readers carries on the adventures of the squeaky classroom pet. Humphrey goes home for the weekend with Heidi and joins the girls for a backyard campout. Trouble arises when Heidi’s classmate, Richie, has the boys over for a campout right next door. Beginning readers will enjoy finding out who gets scared most.

“Marilyn’s Monster” by Michelle Knudsen with illustrations by Matt Phelan (ages 3-5; Candlewick Press; $15.99). Delightful illustrations of whimsical monsters populate this picture book about a little girl desperately trying to find her monster. Problem is, her monster is supposed to find her — that’s just the way it works.

“Queen of the Diamond, The Lizzie Murphy Story,” written and illustrated by Emily Arnold McCully (ages 5-8; Farrar Straus Giroux Books; $17.99). Summer means baseball, and this story about a girl in the 1900s who wouldn’t accept that girls couldn’t play the game is inspirational for fans of all ages. Her skills earned her a place on the team, and her persistence earned her a paycheck. In a note at the end, the author mentions that Lizzie even got a single off the great pitcher Satchel Paige.

“Last Stop on Market Street” by Matt de la Pena with illustrations by Christian Robinson (ages 3-5; G.P. Putnam’s Sons; $16.99). A beautifully illustrated book reminiscent of the style of Ezra Jack Keats features a young boy brimming with questions for his grandma as they travel across town on the bus. She gently helps him see the beauty in his life and his surroundings, despite the rain, no car and no iPod like his friends have. When their stop lands them at the soup kitchen, it’s a reminder to be thankful for what we have and to look for the beauty in the people we see.

“Naptime With Theo & Beau,” written and photographed by Jessica Shyba (ages 3-5; Feiwel and Friends; $16.99). Toddlers and puppies — nothing could be cuter. So if you or your toddler have a meltdown day, curl up with this book and get ready to smile, and oooh, and aaaah, over the preciousness of a boy and his pup. The Adoption Story at the back of the picture book encourages adoption of rescue dogs, which Beau is — friends for summer, friends for life.

Owner of a photography business based in Kansas City that delivers storytelling images for small businesses, non-profits and Life Seniors. Adjunct professor at Johnson County Community College. View all posts by Mary Schulte